Usually, when it comes to considering online sports betting, it is so common for people to wonder whether they’re breaching a local or state law. As you may know, sports betting have been deemed illegal in many countries in the world, and one particular area that strongly upholds anti-sports betting law is North America. In this region, most states and even the federal government have passed legislations about whether or how it is lawful or not to gamble online, and offline.

However, it is only until recently that the regulation of online sports betting was left entirely to the discretion of the individual states in North America, and to some degree, the dawn of online sports betting created certain levels of confusion about the jurisdiction. One main question that prevails is who runs the laws in the virtual world. As you may know, some of the current gambling laws were generally created and proposed prior to the coming of the internet. This fact is what actually makes the application to those established laws open to different interpretation.

Perhaps one particular reason that caused the failure of the passing of those anti-sports gambling laws is that the federal government has placed much of the responsibility of the legislations for gambling in the hands of individual states, in which some of those states have approved the practice of online sports gambling. Several of those states, in fact, voted on legalizing the online sports betting, and North Dakota is one of them. On the other hand, there are other states like Illinois which have added certain legislations that strictly prohibit the promotion of online casinos within the state. As far as I know, only three states in the US have strongly prohibited its people from gambling beyond the state borders: California, Louisiana, and Nevada.

Today, since some states have enforced anti-gambling laws, although loosely, several sportsbooks on the web have decided to stay offshore in foreign countries. And, to avoid breaching the laws, they rather set up their computer servers also offshore. It is just somehow important to note that although anti-gambling laws are passed, no citizen has even been arrested for considering online sports betting.

Post Views: 1,148
Shares
|ShareTweet
About Site Admin 9 Articles
Internet Marketer Expert Since 1996. Since the late 1980's Mr. Sciullo has helped guide many Small Business Owners. In the mid 1990's he developed a successful formula that helps Entrepreneurs transition their Standard Brick and Mortar Business into an Online Presence. He has a proven track record in successfully bringing new products to market. Now Semi-Retired Mr. Sciullo is surprisingly affordable and accessible. You can Contact Him at: cdsciullo@gmail.com 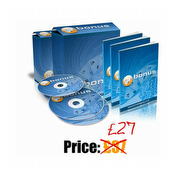 This proprietary bookmaker bonus insights and strategies will give you more of what you DO want... and WAY less of what you DON'T want. That's what having a reliable 500 a month (or more) in risk-free, tax-free GURANTEED profits means to YOU.
Visit Website
$27

It's completely free and tips are directly from the network of professional tipsters. 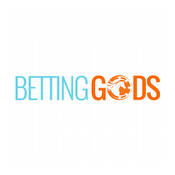 It's completely free and each morning they will email over tips directly from their network of professional tipsters.
Visit Website
$0